Satanic Beast-Men, the Grain Cartel and the Historicity of Jesus 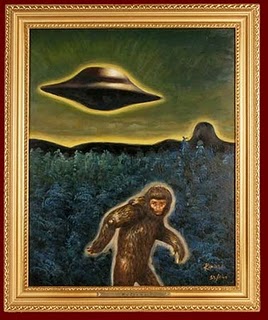 So if you’ve ever been involved in any sort of issue-based or electoral activism, I’m sure you’ve heard of political cult leader and convicted felon Lyndon LaRouche.

Here’s one of the television ads from his presidential campaign in 1984:

That’s actually one of his more coherent tirades.

Or perhaps you ran into one of scrappy, underfed minions who alternate between singing tunelessly and violating Godwin’s Law. You can usually find them in the commons area of college campuses or near shopping centers and post offices, screaming that if their leader’s disjointed policy prescriptions – whatever they are this week – aren’t adopted and adopted explicitly in his name, that the world economy will collapse. Well, collapse more, even. Lyndon LaRouche does for politics what L. Ron Hubbard did for religion, and he’s been at it since at least the 1970’s.

Where you can usually pin down just about any other nut on the ideological spectrum, LaRouche is a harder person to get a bead on. He began his career on the Far Left, drifted into the Far Right and now occupies a hard to define place that I can only classify as “batshit conspiracy theorist.”

Whether he’s claiming that the Beatles “had no genuine musical talent, but were a product shaped according to British Psychological Warfare Division …specifications”, or that Hitler rose to power in Germany on orders from London, Lyndon LaRouche is all over the map.

He actively campaigned for Proposition 64 in California in 1986. Prop 64 would have restored HIV (a disease LaRouche claimed the Soviets created in a test tube) to the state’s communicable diseases list, effectively calling for the quarantine of people infected with the disease. It was roundly rejected. He’s a vicious anti-gay bigot who equated homosexuality with pedophilia, and once authored a tract titled “Henry Kissinger and the Politics of Faggotry.” He’s also accused former Vice President Dick Cheney of being a “Satanic beast man,” though I suppose that’s debatable.

Why exactly am I talking about this loon? In part, it’s because of an idea that popped into my head after we talked about the lack of extra-Biblical evidence for a historical Jesus on the show last week. I was struck by two thoughts.

First, I don’t really care about whether a historical Jesus existed or not. If he did exist, I certainly don’t believe he was the son of a deity, raised the dead or turned water to wine. That would be silly. To me, the notion of there being a real human being as the basis of this legend wavers between mildly interesting and totally irrelevant. I’m a hell of a lot more interested in why people believe than what they believe.

Secondly, even allowing the writings of a historian nearly 100 years after he was said to live, the evidence is extremely slim. Josephus’ the Antiquities of the Jews only mentions him in one passage and makes no mention of magical powers or divinity. Based on the available evidence, I have to conclude that if a Jesus existed at all, he certainly wasn’t as important a figure as his followers make him out to be. We have other writing from the time and place he was supposed to live in, and get no mention of him. Certainly none about the sorts of miracles he’s claimed to have performed in the Gospels.

...Lookin' back on the track for a little green bag...

Glover, the Christian who called in last week seemed to think that the Gospels were evidence enough for the existence of a divine Jesus. This is like using only back issues of Pravda in an attempt to piece together an accurate history of the Soviet Union. These are clearly biased sources with overt incentives in the truth of the claims they make.

To get a clear picture of the past, we need a wider range of sources, including those critical of the subject of hand. Perhaps a Jesus did exist, not an agent of divinity, but a man who shook the pillars of power with his teachings and was killed for it.

If this is the case, there’s little evidence for it. I’m forced to say that if a Jesus once walked the streets of first century Palestine, that he wasn’t as big of a deal as his modern day fan club believes he was.

Seriously. Even this guy's vacations get news coverage.

Because important people are written about. Like, a lot.

Take the President of the United States, any president. As an important person who has an impact on the world around him, there is a lot of ink used on the topic of the Commander-in-Chief. Thousands of newspapers printing stories in favor or opposition of things he says and does, not only in this country, but in countries all around the world. Other world leaders will make published proclamations about things the president says or does, both positive and negative. Even in countries without a free press or a high literacy rate.

That’s where someone like Lyndon LaRouche comes in. He’s not important. But, if you were to only read the publications of the LaRouche organization, you’d be led to believe that he’s one of the most influential people in the world. You’d read that the markets rise and fall on his words and deeds. His pamphlets read not like a man who’s running for president, but one who is already a world leader.

In the American political scene, however, you’d be hard pressed to find anything written about his organization or his eight (count ’em eight) runs for president from 1976 through 2004, unless it was written by LaRouche’s own organization. Save in the minds of his cult members, Lyndon LaRouche is a non-figure in American politics whose only contribution to society has been in creating a whole lot of creepy activists with a schizophrenic shine in their eyes.

Let’s jump into Doc Brown’s Delorean and jump one thousand years into the future. Pretend that by some fluke, Lyndon LaRouche has amassed a huge posthumous following as a politician and philosopher and that the only writings about him that survived into the thirty-first century are pamphlets like this:

I swear this is real. Ghost Bertand Russell is coming through your computer and snatchin' your people up!

Now imagine that this new movement that’s sprung up around LaRouche is using these pamphlets as historical documents, to tell the story of this man and his importance in the history of politics. Using only the published works of his cult, they would inflate his importance and impact on history and economics to absurd levels.

Clearly, even more has been written about presidential electoral politics of the late twentieth century than LaRouche and his cronies could ever dream to write about themselves. And if his whacky tracts have survived for a millennium, certainly a lot more would have endured. Think of the thousands of miles of text written about the presidential elections from 1976 to 2004. Think of the authoritative history books and articles covering each contest and on each of the dozens (if not hundreds) of candidates who sought that office during that period of time. And ask those future LaRouchies this: If your guy is really is as important as his fan club says he is, why isn’t anyone else writing about him?

This is precisely the position we are in with the historical Jesus. We have almost no evidence save for the writing of his fan club. Even then, it was written almost a century after he supposedly died. If he was truly a revolutionary figure whose controversial teachings scared those in power so much that they had him killed, we would expect to see his contemporaries writing  about him. We ask ourselves, if someone is that important, why don’t we see much, if any, mention of them in the other writings we have from their time and place?

So we’re back to two likely scenarios: either Jesus existed and wasn’t nearly as important historically as his followers would have us believe, or he didn’t exist at all. Personally, I really couldn’t care either way.

About the Author: Mike Gillis

Mike Gillis is co-creator, and co-host of Ask an Atheist. He hosts the Radio vs. the Martians! and Mike and Pól Save the Universe! podcasts. He also enjoys comic books, the Planet of the Apes, and the band Queen.

Well put, Mike. I’ve watched many a debate get bogged down in the did-jesus-exist stage, and not move on from there. Who cares?

Which part? The beast part, or the man part?

The “Satanic” part, actually. It’s funny how often conspiracy types and religious whackjobs tend to overlap. While were at SCAN, I encountered a number of people who married the belief that secret cabals controlled the world with the notion that these cabals were Satanic cultists. Now I’ve never had any reason to think that Lyndon LaRouche was a fundie, but he sure does mention Satan a lot in his tracts. As for Cheney, while I could certainly imagine him hunting human beings for sport, I don’t think he’s a Satanist. For one, he’s not pretentious enough. Secondly, He’s always seemed… Read more »

Right on target. But you have dodged a hail of bullets, or more accurately, spitballs; namely, the claim that the Bible is believable because of thousands of accurately fulfilled prophecies! I would not mind a resource or episode devoted to examining a handful of the most popularly cited fulfilled prophecies; because I am certain it is a load of stinking camel crap based on its proximity to the Ark story, but I do not have the time or inclination to become an expert in ancient history; surely some other surly scholar has already done the debunking work? Beyond the prophecy… Read more »